The biggest problem with starting something new is taking that first step. 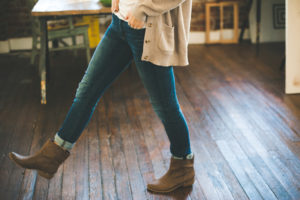 Often we get stuck because we don’t know where to start or what that first step should be.

Also what plays into this problem is an unconscious fear. Fear that we will “not be good enough” at the task, afraid of not being able to do it at all or fear of the unknown. So we procrastinate and “it” whatever “it” is is never attempted.

I see this with people who want to create fabric portraits. Many yearn to create one but are afraid to start. They worry that the portrait will not accurately enough represent the person, or that “they” will not like it or that they do not have enough skill to create a portrait.

They stop themselves before they even try!

Procrastination comes into play and we never start, often using the excuse that we don’t know where to start. This is a fear of the unknown or of making a mistake. Our inner critic warns us not to try as it could have horrible consequences.

There is an excellent book by Susan Jeffers called Feel the Fear and Do it Anyway. Susan explains that fear is a built-in natural reaction to what is new or strange.

She explains how we can reeducate our minds to accept the fear as normal and learn how to expand our zone of comfort so that the fear does not control us.

Does researching your topic help? 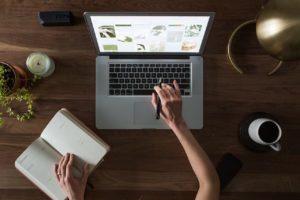 Image by StockSnap from Pixabay

However, another aspect of this fear of starting and a way of dealing with it is to research your topic. This feels safer and you tell yourself that once you know “how to” you will proceed. This can be an excellent idea if you restrain the impulse to keep on researching looking for that final perfect, definitive answer.

The problem here is that you can get lost in the research and it becomes an end in itself or you get lost in contradictory advice which leads to analysis paralysis. The result is the same – inaction.

This happened to me when creating my first quilt. I had picked out a Kaffe Fassett design that I loved and was excited about making. I was taking the first step!

Eventually, I got past that hurdle. Then I made the mistake of researching. Remember this was my first quilt (so picture me nervous) and I wanted to do it on my own.

I read the debate about prewashing your fabrics, or not, before making a quilt. Having already cut out a bunch of half square triangles (the whole quilt was the same). I was now worried about what would happen if I didn’t prewash the fabrics. Time passed and I decided that I would wash them. Yes indeed, including the triangles that I had cut out!

It was a fast way to find out the quality of the fabric that I was using.  Which, although it felt awful at the time it turned out to be a bonus. Some of the fabrics shrunk a lot while others; being a better quality hardly shrunk at all.

So back to cutting pieces out!

Then I read about how difficult bias edges are to stitch as they stretch. Now I was terrified to go further. What if I wrecked it! So on the shelf, it went.

Several mystery quilts later I was feeling more confident and decided to just try it and see what happened.

I started sewing the seams (on an old Singer sewing machine with just a regular foot) and had no problems at all!

That quilt turned out to be exactly the size it was supposed to be. I was thrilled! That experience gave me a larger comfort zone and a belief in my own skills. 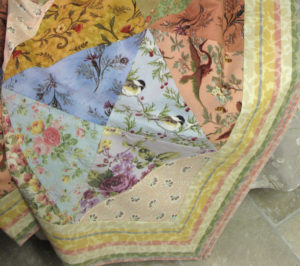 Can you see how researching too much and getting information from random sources can lead to never starting or having too many problems along the way?

Just start! Decide on a first step and go.

Take the first step is like a leap into the unknown, but you can do it!

A guide too can help you figure out those steps and support you along the journey.

I now seek out knowledgeable people, take courses or workshops and get support when trying something new, so that I don’t have to struggle to figure it all out by myself.

I don’t always agree with instructors and may decide to do things my own way but I learn the basics and have a solid foundation for experimentation.

Starting also ties in with taking the time. If we don’t set aside even a little time (even 15 minutes) for creating it doesn’t happen. So set aside some time for you and your art!

Give your self permission to make mistakes

Mistakes are a part of learning. The best advice that my mother ever gave me (when wallpapering together) was to plan ahead what to do when there was a mistake. It was inevitable that there would be mistakes. It took all the stress out of learning.

Here is an interesting discussion on the Role of Failure in your Art Practise by some artists on Alyson Stanfield’s blog.

I always tell my students that if they don’t like something they are working on they don’t have to show it to anyone. They can just toss it and use it as a learning experience and try again.

On the other hand, sometimes it is great to get feedback on specific issues and find out that it isn’t so bad after all and may actually look really good to others.

We are our own worst critics! A topic for another day.

Remember that every time you start something new and then work at it you build up your confidence and expand your comfort zone.

What stops you from starting? How do you deal with it?

I would love to hear your thoughts on the subject!

Watch for the next post for those who have no problem starting but instead have a problem with finishing projects.

3 thoughts on “What is it About Taking that First Step?”