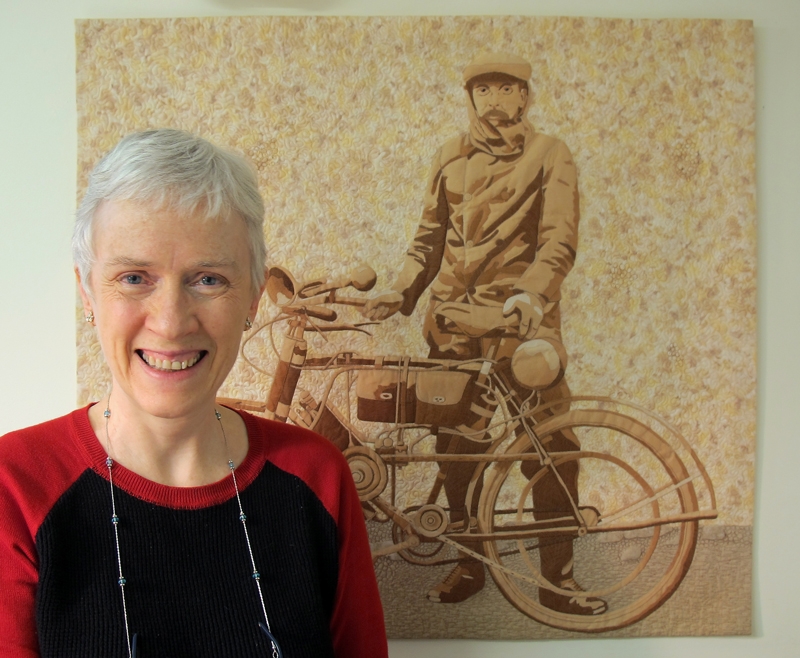 A love of fabric and quilts began the moment Valerie Wilson curled up beneath one of her grandmother’s quilts as a child.  Wilson has worked with fabrics from childhood, learning embroidery from her grandmother and garment sewing from her mother.

She started with traditional quilting but soon decided that what she yearned to do was create pictures from fabric. In 2002, Wilson started quilting and in 2014, fibre art became her full-time occupation.

Having once been the owner of an architectural antique business, Valerie maintains a keen interest in old houses and the people who lived in them. This is evident in Valerie’s current series; vintage portraits based on those brilliant old photos depicting the way we once were. Valerie combines a love of history and a curiosity about people from the past, to capture character in fabric.

Valerie’s award-winning work has been exhibited from British Columbia to St. John’s, Newfoundland in Canada, and internationally from New Zealand to Houston, Texas.

Valerie was born in Carberry, Manitoba, amongst the rolling sandhills. And later moved to Winnipeg. MB.

Craving change, she sampled life in the university town of Kitchener-Waterloo for a few years, but then decided that she could no longer resist the pull of the sunny climes of Manitoba, and now again resides in Winnipeg, Manitoba, Canada.

Things you may not know about me: