A recent class on Portraits was a lot of fun, and the students did some really great work! 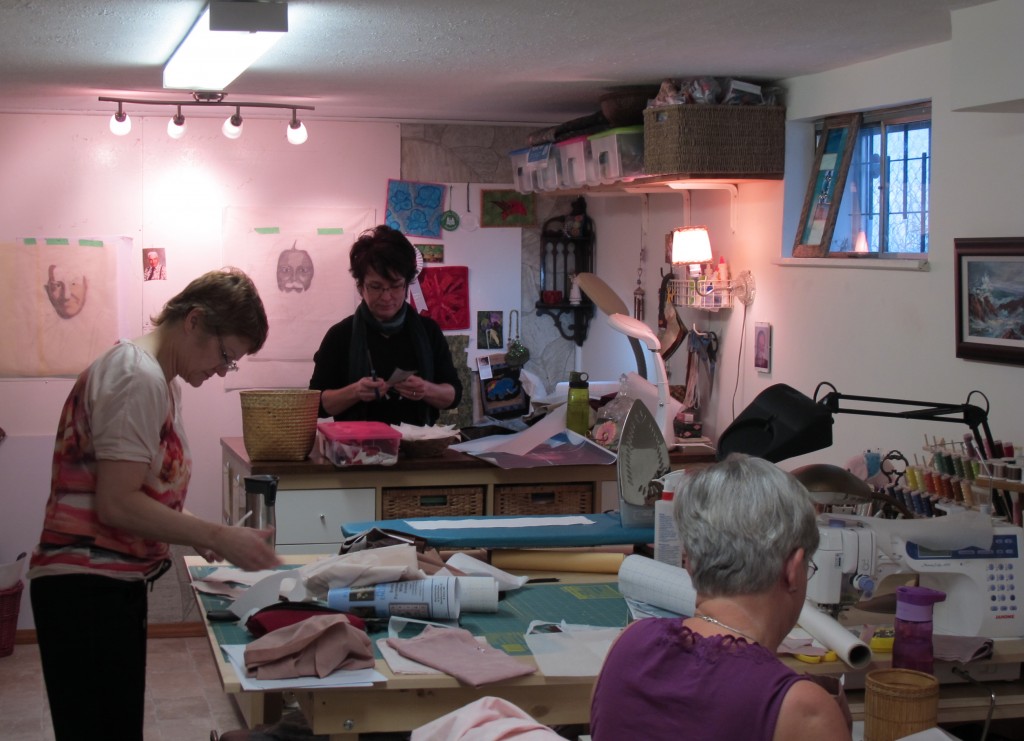 They were a quiet group, as they were concentrating hard!

They started by making a tracing of their enlarged photos. The tracing is shown here used as the overlay, for help in positioning the pieces of the portrait. 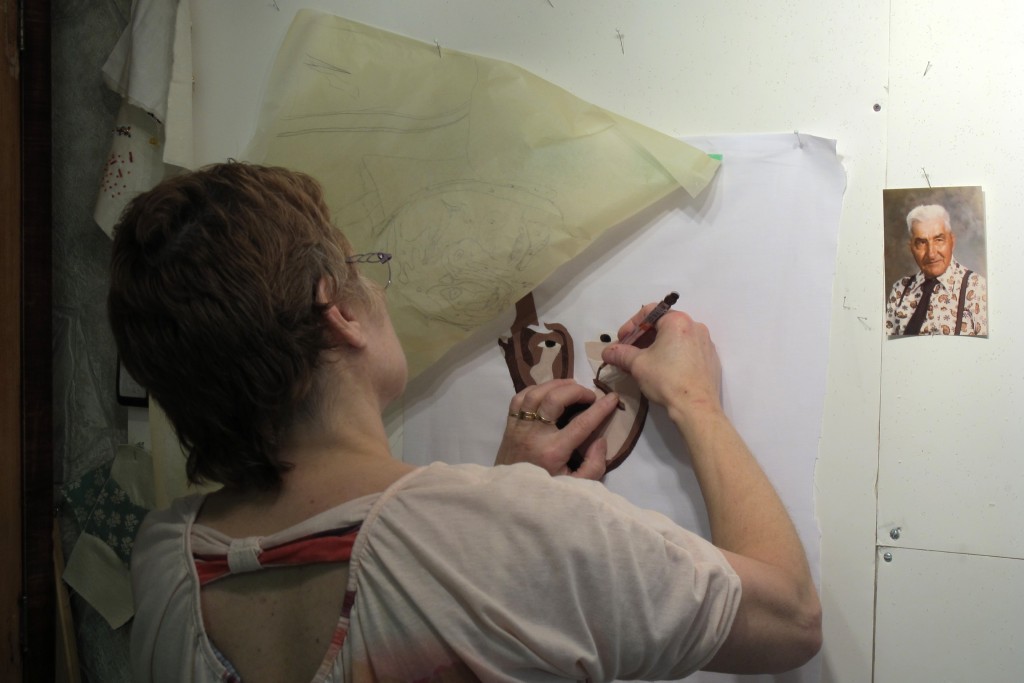 They then progressed to adding small pieces of fabric, like a jigsaw puzzle, to a base fabric. Adeline was doing a portrait of her grandfather. 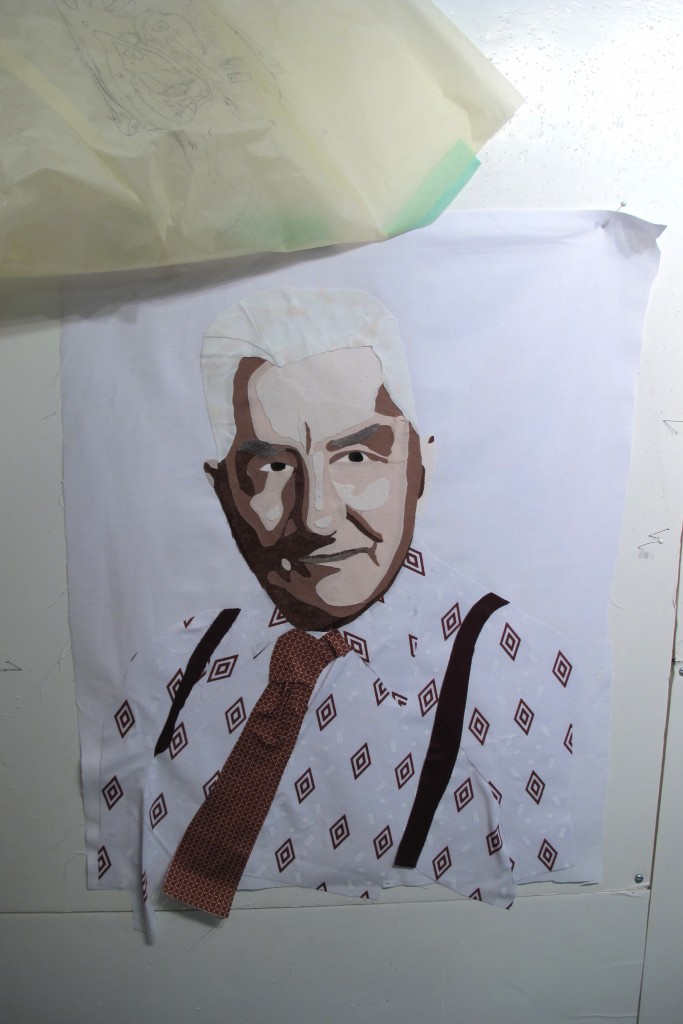 Adeline found some great fabric, that mimicked the 70`s print, that was in her grandfather’s shirt in the original photo. Her portrait looks great now, but will look even better, when the final details are added with the stitching!

Ricky had some initial problems with values in her fabrics: 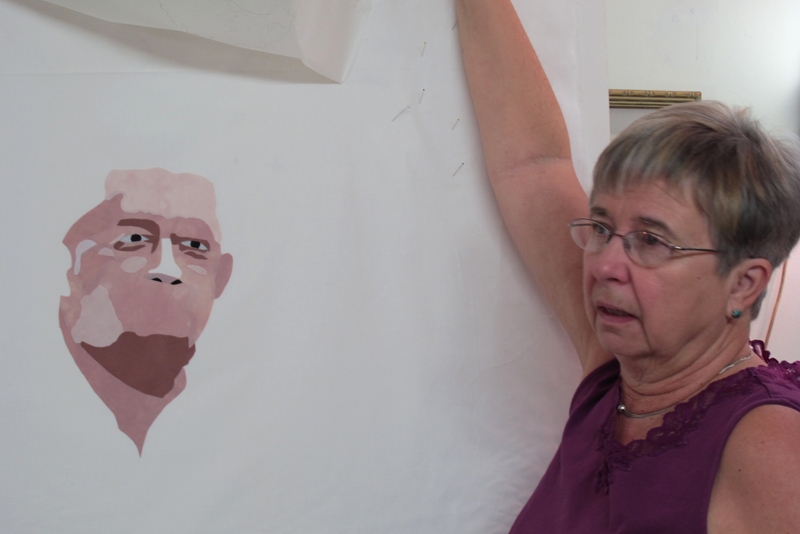 But was able to overcome these early problems to create a good likeness of her husband: 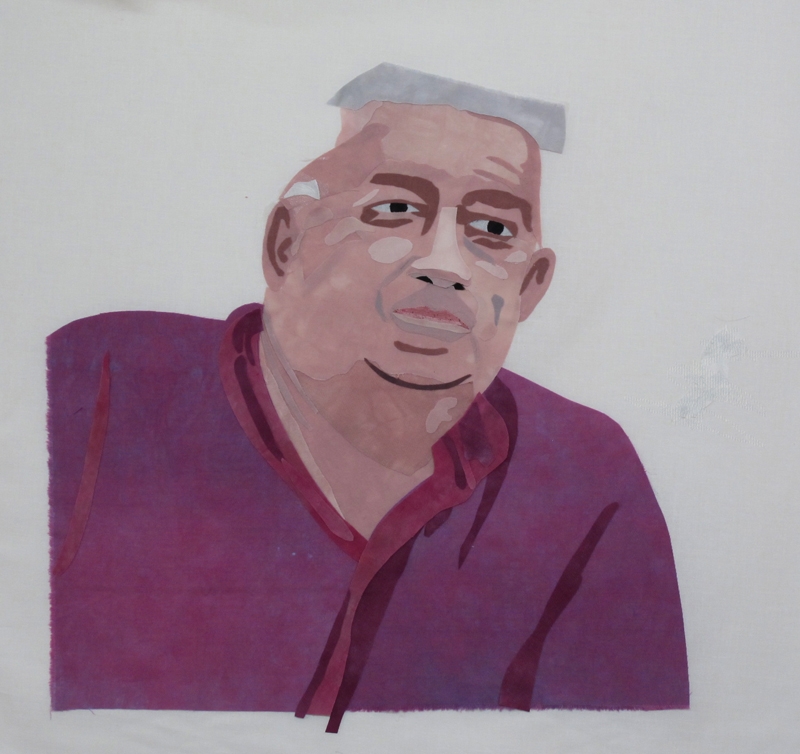 Of course, this portrait is still in progress. Here Ricky was auditioning fabric for his hair.

Helen chose a photo of a friend, who had been in a Passion play with her. Although, the fabrics that she had brought to work with were a little on the green side, they made for a dramatic portrait. 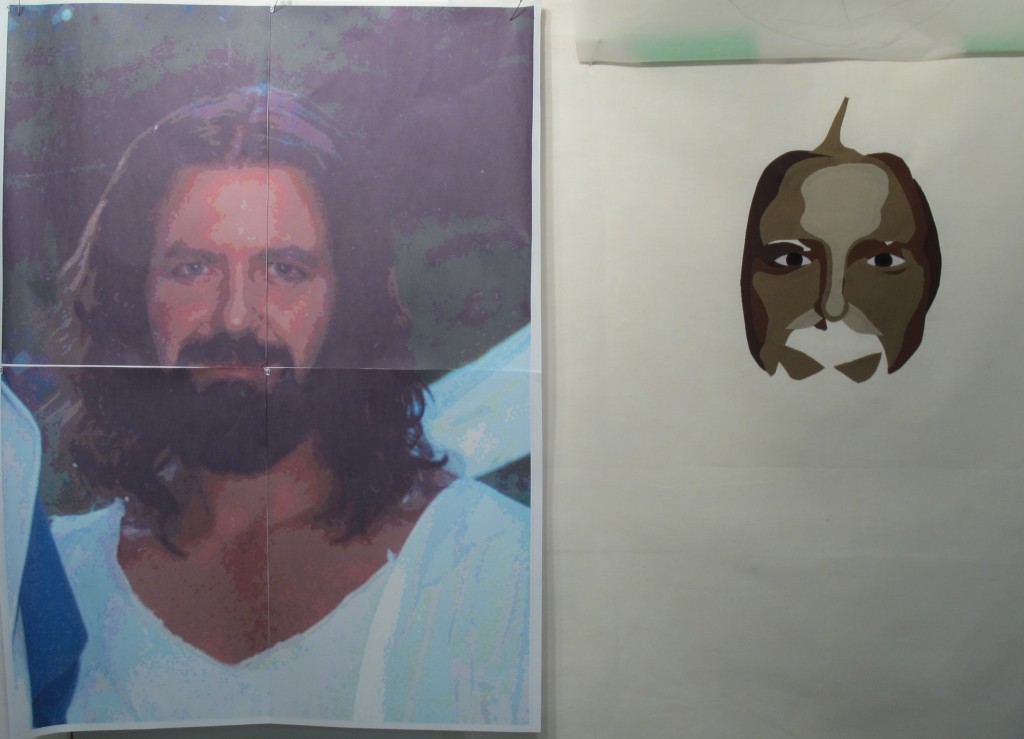 Here is Helen hard at work: 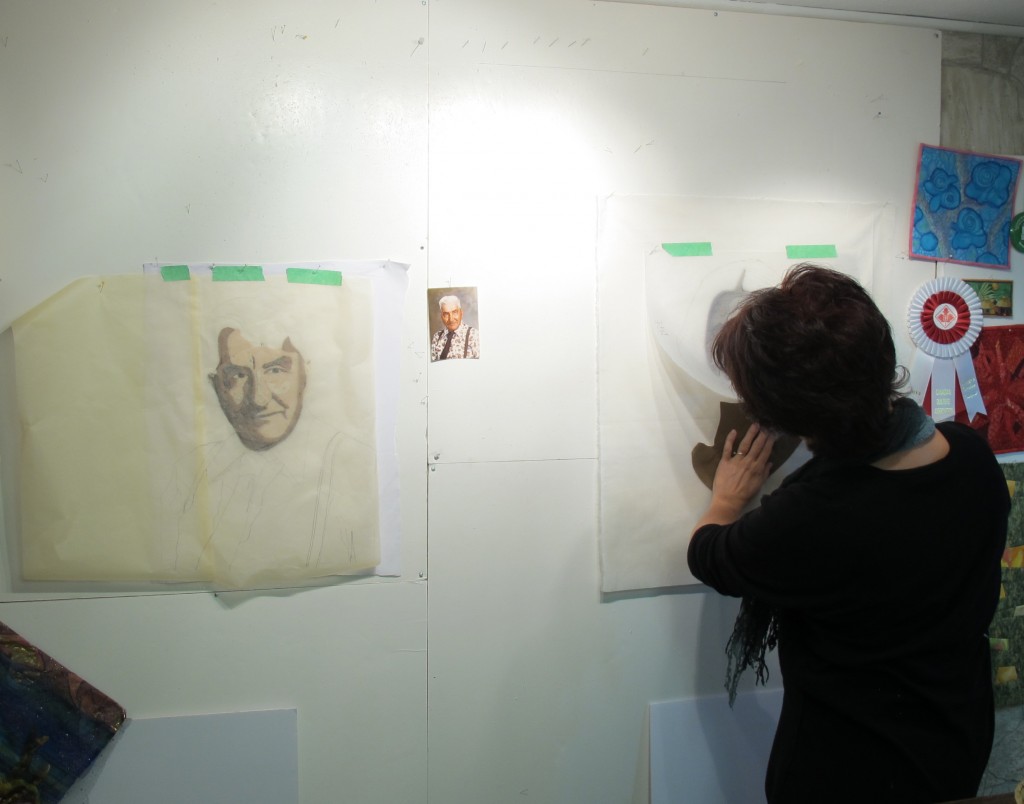 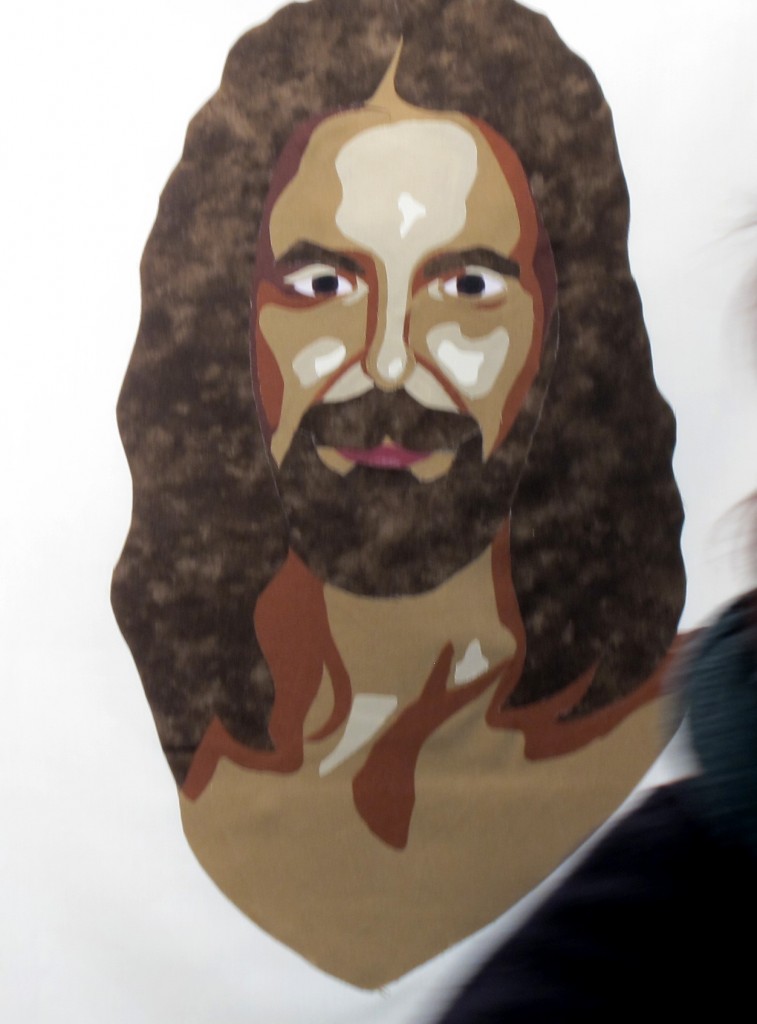 Adeline said that she had had a lot of fun and learned a lot. I can hardly wait to see the completed portraits!