The phrase “the boys in blue” makes me think of policemen. Not here!

Here it is two men in vintage navy blue bathing suits enjoying the sunshine and the beach. I love the old style of bathing suits! 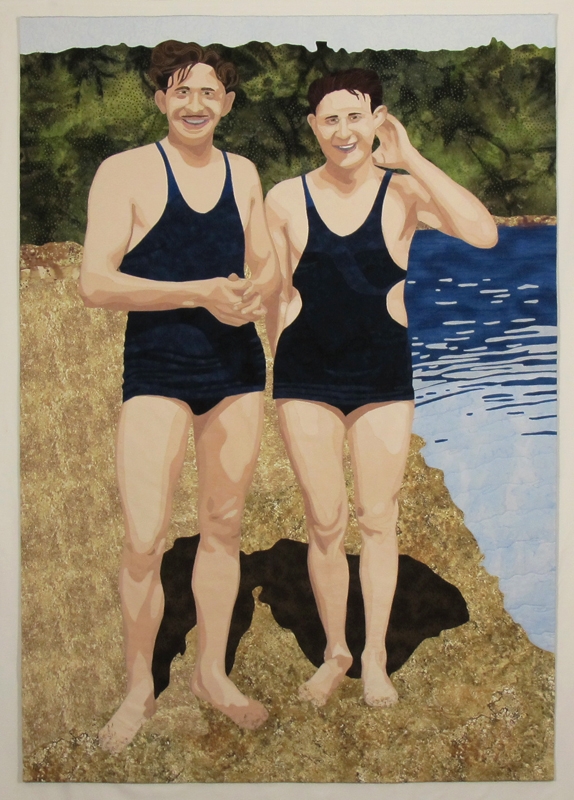 This quilt will make a great companion piece for another of my quilts “The Bather” that is currently being exhibited at the World Quilt Show. 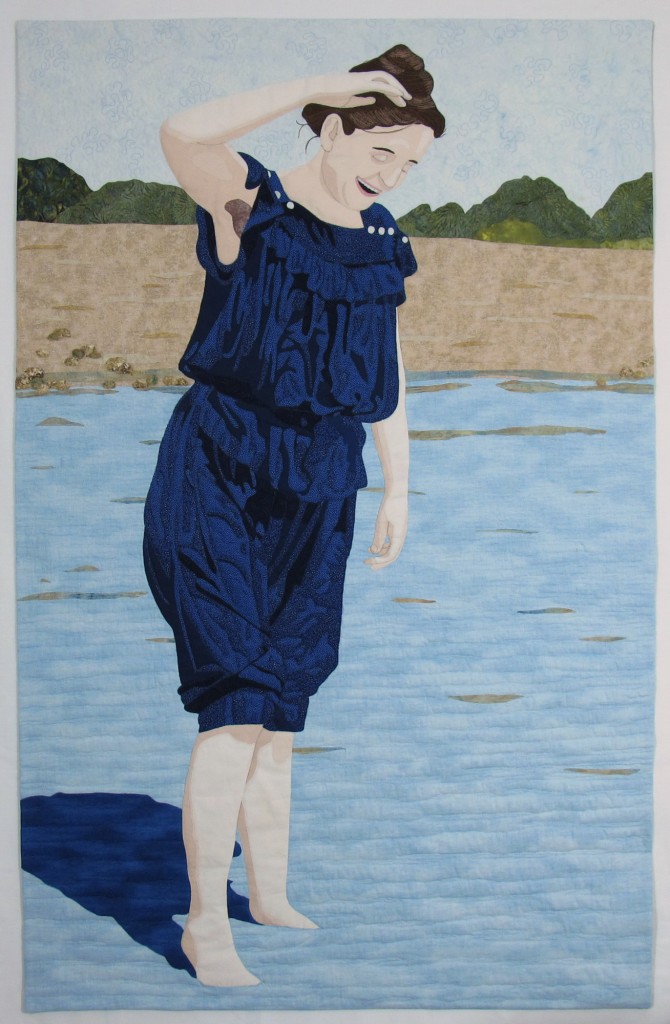 Can you imagine wearing one of these suits?  They were often made of wool. Wool makes me itch! And it is reported that these bathing suits were very heavy when wet.

Anyway, back to the two guys.

What intrigued me about this photo and these two guys was the differences between them. One fellow is tall and muscular looking, and has wonderful curly hair, while the other man is a little flabby looking with slicked-back hair. They both looked as though they were having fun, however.

Here is the original photo: 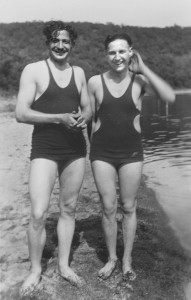 I had a few problems with the one fellow’s hand, as he must have moved as the photo was taken, and it blurred that part of the photo. I referenced a number of drawing books and had my husband model that posture so that I could see what the hand should look like and what size it should be. I think that it turned out well.

The other issue I had was that the men are looking into the sun and squinting, and all you can see is black slits where the eyes should be. I thought initially that I would just use a dark fabric there, but found in the end that I really wanted to be able to see their eyes. So back to the drawing books, and many sketches later, they could see! 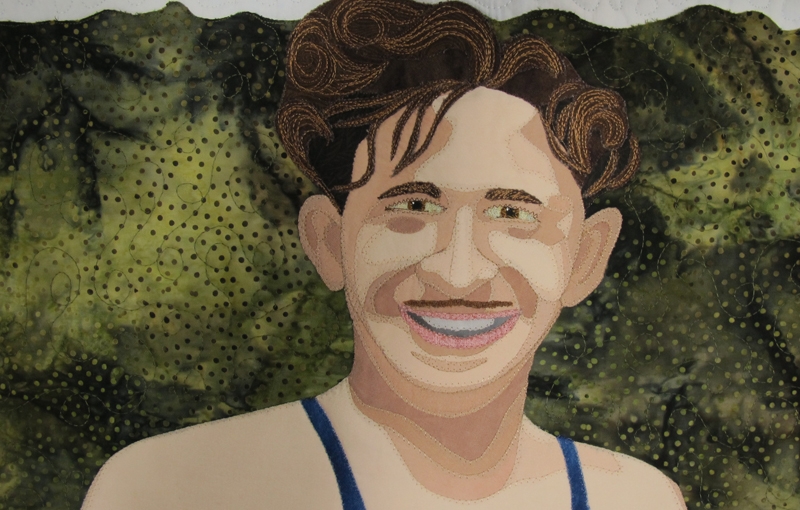 A further issue was that I wanted it to have it look as though they had sand on their feet. How to achieve this effect?

I considered glueing some real sand on!

Beads I felt would be too much and take to long to attach.

Finally, I decided to try some paint. I used some fabric paint and tested first on a scrap of fabric. With much trepidation, I decided that I had the effect that I wanted and that I should now add the paint to the quilt.

Very nervously, I carefully added the paint to their feet and it worked! I was so pleased! 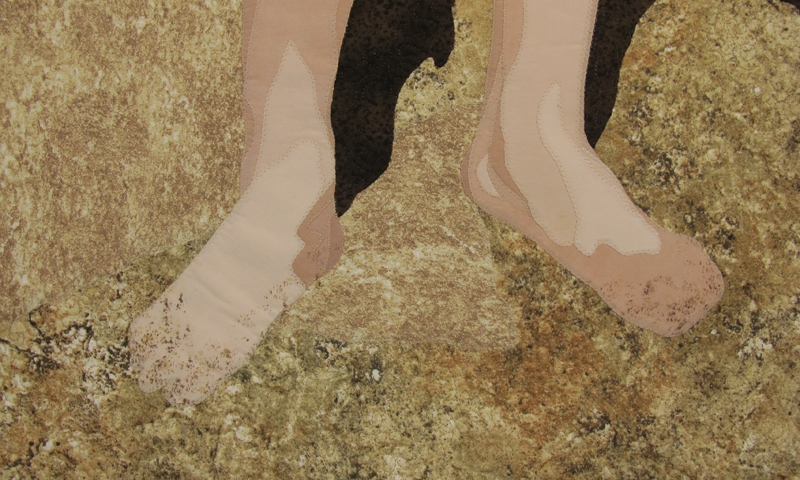 Now I am having a problem naming this piece. Friends have helped with suggestions for names, but so far, nothing has felt right.

What is the one man listening to? Did someone call their names, or say something humorous? What would you title this piece with these two men in vintage bathing suits?

Can you help with a name?

2 thoughts on “The Boys in Blue”