Read about the latest news on my art work, and an update on my solo show at the Portage & District Arts Centre in Portage la Prairie, MB held in April/May of this year.

The first portrait is a man standing in the doorway of an old building. Is it his home or is it his workshop? He is dressed in his finest clothes, which must have fit him well as a younger man, but now hang on his body. In spite of this, he displays a quiet pride and shows off his prized gold pocket watch. 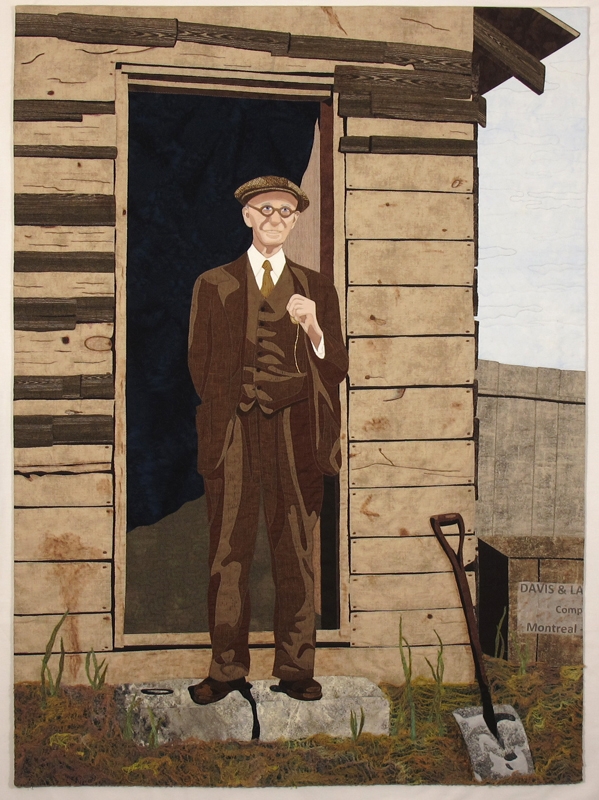 I experimented with hand-dyed cheesecloth to give the effect of weedy ground, and strips of hand-dyed facial wipes for the weeds. Have you ever tried these type of materials in your work?

The next portrait was based on a picture of a young man who looked very much the dandy, so that became the name of this one. He looks very self assured and definitely has attitude. Don’t you just love the buttons on his shoes!?

It was interesting doing his face, as the shadow of the hat made everything black in the photo; with no detail. I needed to lighten the shadow and redraw the eye.

Then I ran in to another issue. I created one leg of his pants only to find that if I went with the dark shadow, as per the photo, it looked as though he was wearing a jacket and pants, not a suit, so the leg of his pants was redone.

The third portrait was a commission from a colleague. The photo chosen was a portrait of her husband to be completed for a birthday present. The photo she chose was one of her husband in the early 1940’s in his Air Force uniform. I sourced an original cap badge, the flash for his jacket and the uniform button to dimension to the portrait. Many thanks to Marway Militaria here in Winnipeg for their help finding these items! The hat was done with trapunto on one side to add the tilt to the hat. 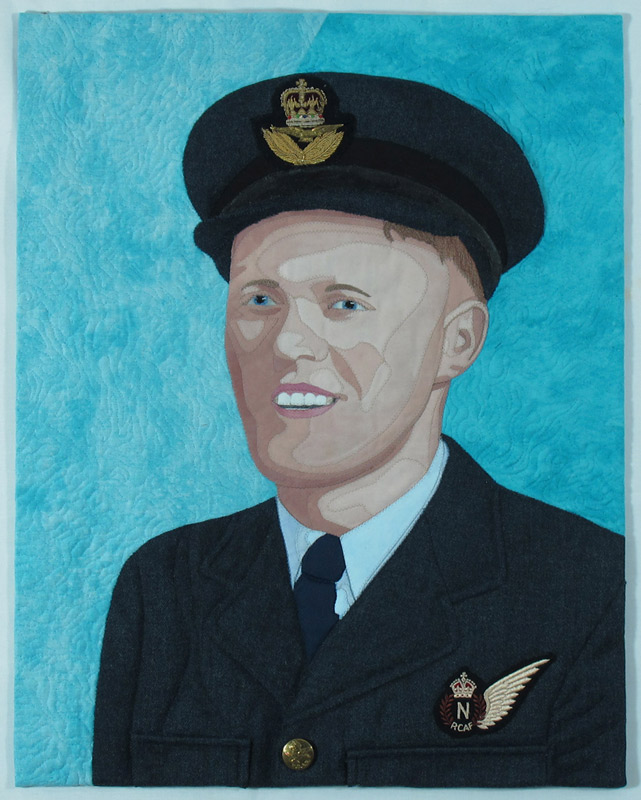 Here are some photos from the show. The first photo was taken just after the show was hung. The rest of the photos are from the Opening Night. 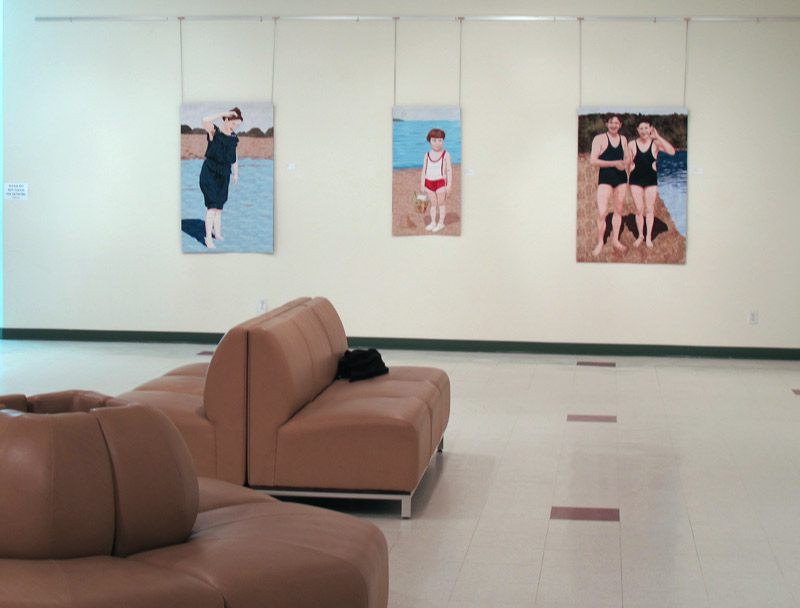 The show has been hung! 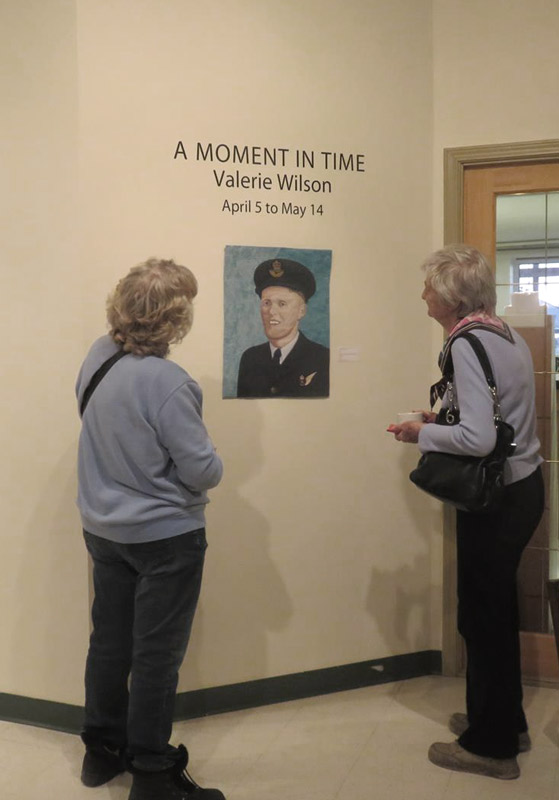 Opening Night and the Show Banner 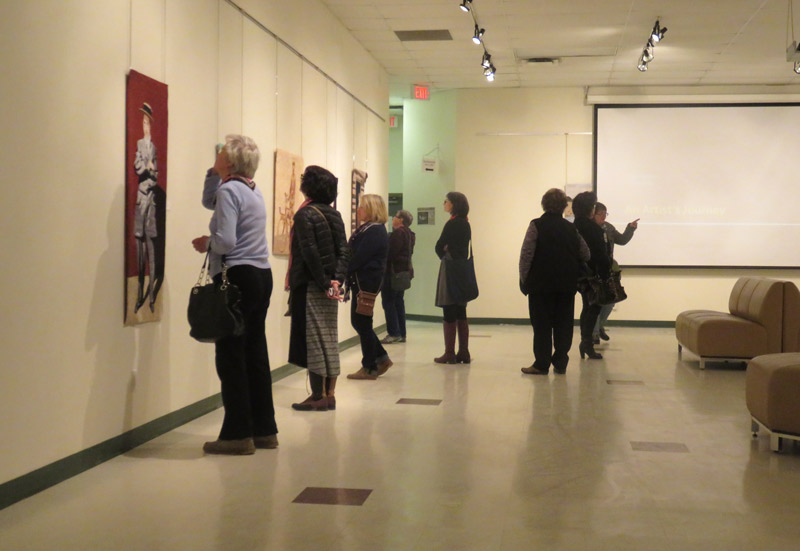 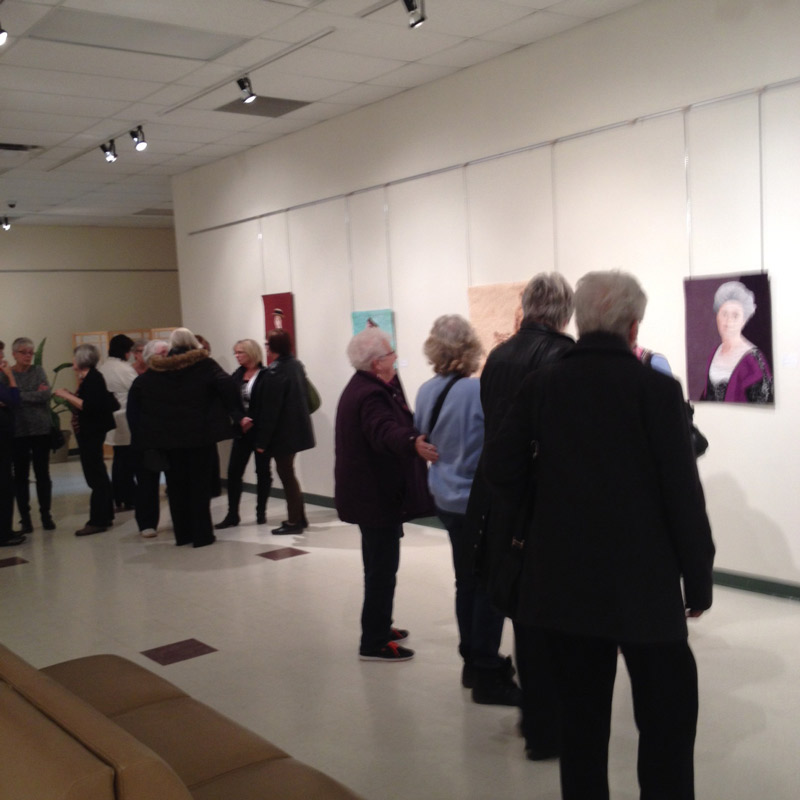 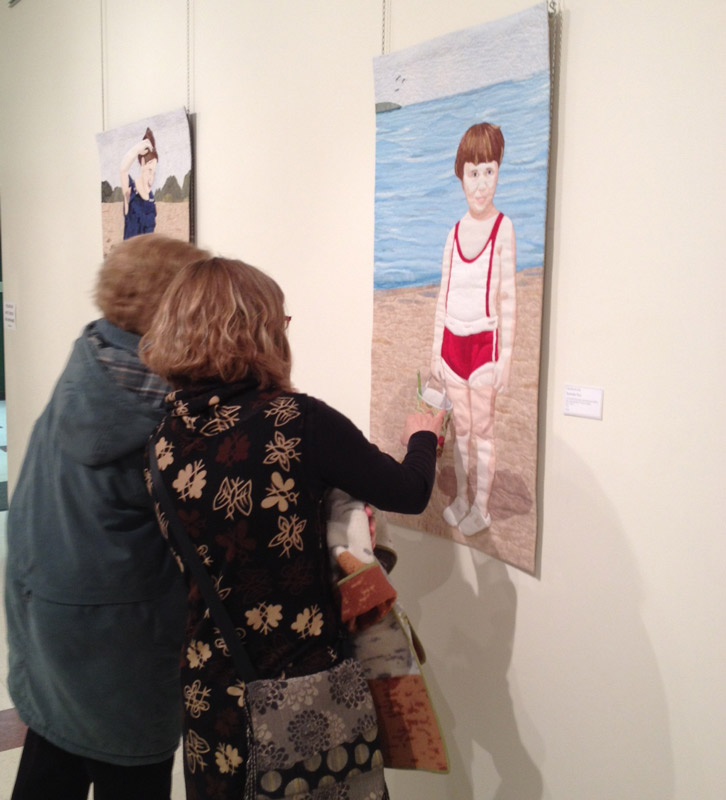 The gallery was great on PR so I had several interviews on local radio stations and a write up in two newspapers.  The evening started off with my talk about my journey as an artist, followd by a question and answer period. I invited friends and people interested in my work and we had a wonderful turnout with lots of great discussions.